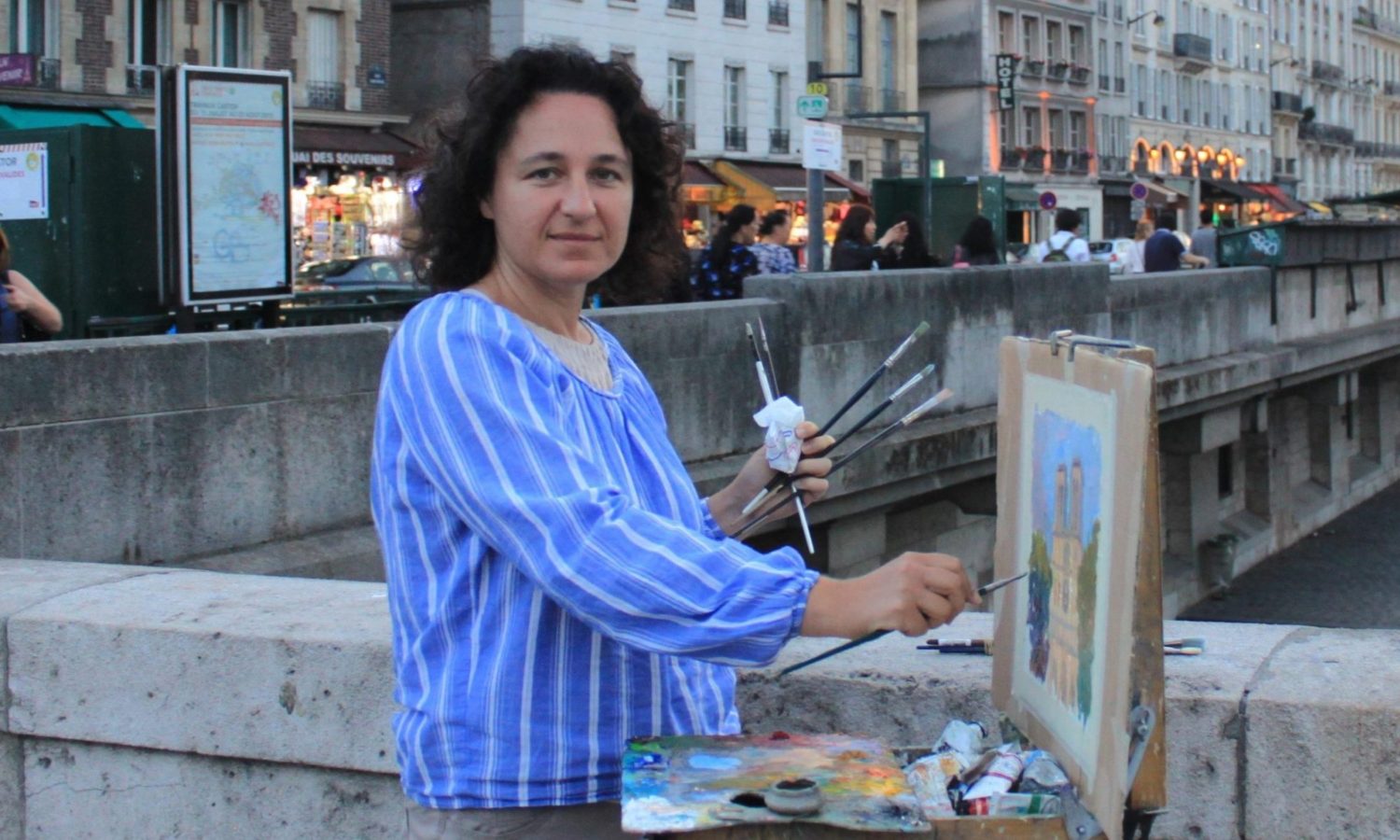 Lena Murray is a classically trained painter and sculptor who was born and raised in St. Petersburg, Russia. However, she received her first art training in New York City, where she studied sculpture at the New York Sculpture Center in Manhattan with Russian-trained Leonid Lerman and Leonid Brener. Later she continued her studies at the prestigious Repin Academy of Painting, Sculpture and Architecture in St. Petersburg, Russia.

Lena Murray is a founder and director of the Bridgeview School of Fine Arts in New York City, where Eastern European artists teach drawing, painting and sculpture in the classical tradition. While she founded the school in 2001 she also studied there herself. Currently the majority of Bridgeview students are children and young adults.

As an offshoot of Bridgeview Lena and husband John Murray started Art Camp France, where they took students to tour and paint in France for 10 years. But when Covid hit and French tours were suspended they traveled locally in search of a similar place, which offers both rich history and beauty. This is how they discovered Orange County and without hesitation moved to the small town of Orange, Virginia. Now they conduct their Art Retreats on the most magnificent part of the US, Central Virginia where they host their students from New York and other parts of the country.

Woodberry Forest School immediately gave them a duo show displaying over 40 of their paintings and sculptures. John has joined the faculty of Woodberry as a sculpture teacher.

Lena paints primarily from observation. While she admires many traditions in fine arts her main influences are the artists of the Renaissance, French Impressionists and Russian 19th and 20th century artists.

In her own work she is particularly drawn to color, mood and atmosphere regardless whether she is painting a person, still life or landscape.